At the time of receiving the IRTE, 2016 inaugural award for ‘Engineer of the Year’ (Bus & Coach) Eddie Cross FCILT was the ‘Head of Transport Engineering Services’ for the London Borough of Redbridge.

In 2017, he received the ‘Lifetime Achievement Award’ from the FTA ‘Van Excellence’ Head of Vans, Mark Cartwright.

In 2020, he received the ‘Lifetime Achievement Award’ from the LAPV Future Fleet Forum

His career transition into Transport Management had an unlikely beginning as in the ’80s. Eddie was a serving Traffic Officer in Essex Police, who was seconded to the Fleet department to head a project on the challenge of Compulsory Competitive Tendering (CCT)

When he left Essex Police in the role of Transport Manager, Eddie worked for a software house that specialised in fleet management systems. In 2003 he took up the role at Redbridge developing the in-house trading team into one of the leading public authorities.

David Payne I.Eng FSOE, FIRTE, FIMI – has in excess of 40 years experience in road transport engineering and operations. He has won the “Transport & Distribution Manager of the year award” during his career. He is “Time Served” in the traditional sense of the words and is an advocate of best practice engineering.

He has worked on the DfT best practice program and was one of the UK senior advisors on both this and the Aggregates Levy support program.

He is a specialist in whole-life costs allied to the vehicle specification and fuel efficiency and intervention testing.

Glen Thomsett has been working in broadcasting for more than thirty years.

He started his career in local radio as an engineer before realising his real passion was in front of the microphone, so the programme controller of Severn Sound in Gloucestershire gave him the weekly rock show – that was back in 1980!

Since he was let loose ‘on-air’ he’s never looked back.

Glen has worked on radio stations in Gloucester, Birmingham, Coventry, and Wiltshire and was one of the original team that launched Invicta Radio in Kent in 1984. He presented Invicta’s breakfast show achieving some of the stations highest listening figures during the late 80’s and early ’90s.

Glen’s television journey began as a Continuity Announcer for TVS (the forerunner to ITV1 Meridian) in the South of England. From there he moved to London Weekend Television as one of the regular ‘voices of London’ until the demise of regional ITV in 2002.

Other work has included Sky News, a host on the shopping channel QVC and numerous corporate productions and has worked as a reporter/presenter for Meridian ITV1.

He currently works as a freelance newsreader for LBC, Classic FM and Smooth Radio and the BBC. 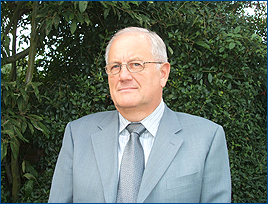 Graham Oakley, Forensic Collision Investigator,  after the completion of a 30-year police career, during which the final 15 years were spent exclusively in the role of a forensic collision investigation expert.

This demanding position necessitated attending many road collision scenes, some of a minor nature but mostly very serious and tragic incidents which often necessitated giving expert witness evidence to various levels of court proceedings from magistrates courts through to the high court.

Ian Wringe (MSc EDM, Pgdip, CMIOSH, CERT-IRM). A recent acquisition to our team, who with a wealth of expertise and experience, gained from a twenty-year-plus career within the regulatory and risk management environment offers a pragmatic and refreshing approach to assist organisations to achieve the goal-setting principals prescribed in health and safety law. 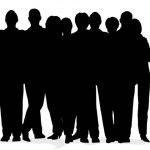 Our multi-skilled Associates are always ready to assist